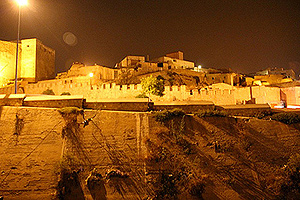 
Whenever I look at this photo of the old town of Safi, Morocco, where I was born, I think of mystery and magic.

I still love mystery and magic ... and reading and writing stories. And travel. None of that has ever changed, and it probably never will.

About me: As a writer, I believe you learn about a character by what she does. So here are some things I've done. 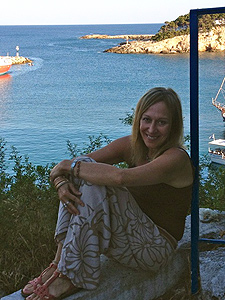 I broke free from a straitjacket in front of an audience of thirty male magicians. I survived being sawed in half, and then in thirds. I sailed around the world on a ship. I taught at sea while a Pacific typhoon rocked the ship and crashed against the windows, and my students and I slowly turned green. I flew in a hot air balloon over the moon landscape of Cappadocia, Turkey, and felt like the Wizard of Oz drifting toward a mysterious planet. I attended a sacred gathering of Huichol shamans in the Sierra Madre Mountains and watched the ritual sacrifice. To conquer my deathly fear of snakes, I wrapped a six-foot python around my neck in the great square, the Djma el Fna'a, of Marrakesh. The snake charmer watched. The python watched. I turned green.

Years later, in Penang, Malaysia, a priest of the Snake Temple flung a basket of snakes at me, as if he sensed my fear. The snakes writhed up and down my arms and legs.

That didn't cure me either. In fairy tales, magic things happen in threes. I'm not living in dread. Still. You never know when someone will throw a basket of snakes at you so it's best to be prepared. 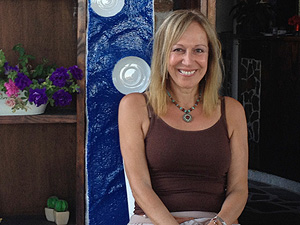 What else have I done? I watched the sunrise over the Pyramids in Gizeh, floated in the Dead Sea, rode a camel in Petra. I fell in love with a man whose eyes are the blue of the Mediterranean Sea at noon. I read Tarot cards and gave astrology readings in San Francisco, and actually made a living at it. Sometimes I can still look at a person and guess their sign. I tell at least one story a day, even if no one else is around and it's only to put myself to sleep. I use dashes whenever I can—periods feel so final. I hate final. I write to connect. When I write, I believe my pen is a magic wand that transforms dreams into reality, imaginary friends into real ones, and periods into dashes—

What do I still want to do? See Bahia. Return to the Caribbean. Finish writing my time travel novel. Continue my quest for the best dark chocolate in the world. Create stories that change lives.

If you want to know more, read my novels and stories, visit my blog, email me.... After all, the thing I do most is write.